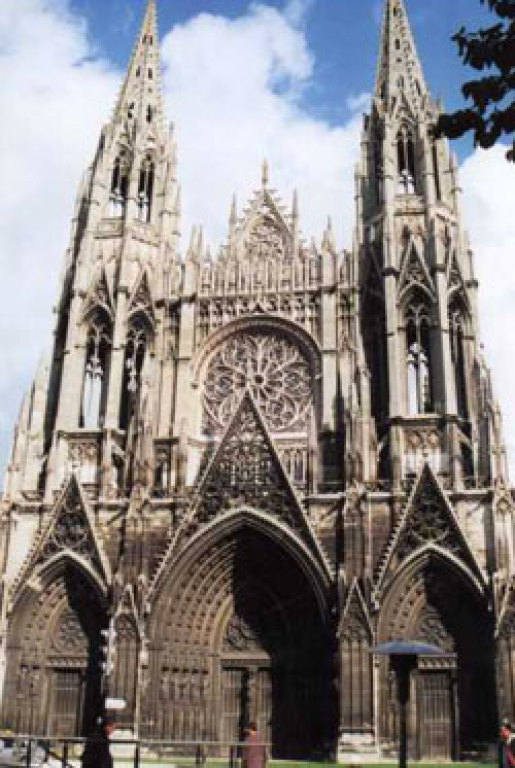 St. Owen was bishop of Rouen, France in the 7th century. He was born in Sancy, near Soissons, about 600 AD of a Frankish family. While he was still a child, his family housed and entertained the exiled St. Columban, who greatly influenced his early education. In his youth Owen was sent to the court of St. Clotaire II where he became an outstanding student. He gained the favor of the King and his son, who appointed him chancellor. While in office, Owen steadily opposed the then prevalent practice of simony.

Owen, the nobleman, at a corrupt court, began to see the size and shape of the struggle to keep the light of Christianity burning. He became a monk and a monastery builder in 636. He was made bishop of Rouen in Normandy in 641, and built monastery after monastery, for he clearly saw that only throught these centers of Catholic living and learning could Europe be savedfrom darkness. He kept up his court connections, advising the weak Merovingian kings.

As a layman, St. Owen, with his zeal, piety and learning, was considered equal to any of the bishops. He gained a reputation for assisting the poor and homeless and ministered to widows and orphans throughout the kingdom.

May we rejoice and be inspired by the great qualities of our Patron. We ask for his blessings and pray for his guidance in the years ahead for our Community of St. Owen.