We at St. Owen strive to be an open, welcoming and caring Catholic community of believers who are called to share, celebrate, renew and grow in our faith, love of God, and one another. We embrace Jesus by living out his teachings, values, and examples, and put our faith into action through service, tithing and outreach to others.

DESIGN & SYMBOLISM OF THE CHURCH 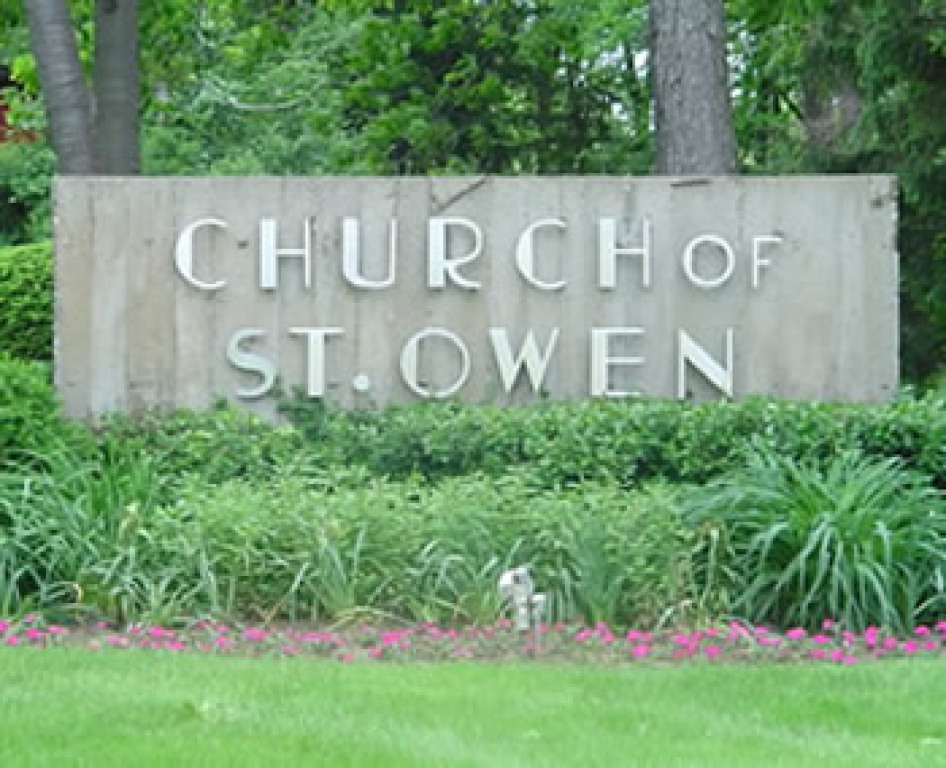 Good architecture, like good art, speaks to the viewer. What it says may vary wih the individual receptiveness or professional background. St. Owen Church was designed to express our biblical roots. It is round… it is rough… it points to God. The round form of the structure speaks of eternity and as God is unending, a circle is also unending.

The rough exterior of the building reminds us of the roughness of human nature. The structure points to God whether we view it from the outside or from within the body of the church. The natural light in the center of the structure illuminates the Altar Rock, which recalls that “the Lord God is my Rock, my Strength, and my Savior”. The altar rock, the baptismal and tabernacle field stones were all excavated from this property at the beginning of the building project.

The bells that summon us to liturgy and ring at the Angelus were a gift to the parish from Edward and Norma Sampson in 1974. The 3 bells were cast, machined and tuned at the world-famous Eljsbouts Works in Asten, Holland. The large bell weighing 419 lbs. is named “The Wedding at Canaan”, and shows embossed figures representing families. The middle sized bell weighing 282 lbs. is named “The Playing Children”. It has an inscription, “May God’s Voice Be Heard”. The third and smallest bell weighing 216 lbs. is embossed with the names of the 4 evangelists, Matthew, Mark, Luke, John and includes the inscription, “That More May Hear the Word of God”. The bells were blessed on Thanksgiving, 1974. Following installation, they began tolling together on December 7th and continue to call us to prayer and liturgy throughout the day.